Portugal is getting ready to host the biggest air how in the region—the Portugal Air Summit 2022 to be held at Ponte de Sor. The Summit builds upon the ambitious and futuristic roadmap as Portugal gears up for enhancing its defense capabilities to secure its maritime borders, develop its cyber warfare capabilities and reinforce its assets to better support the missions where Portugal is involved under NATO, UN or EU mandates. 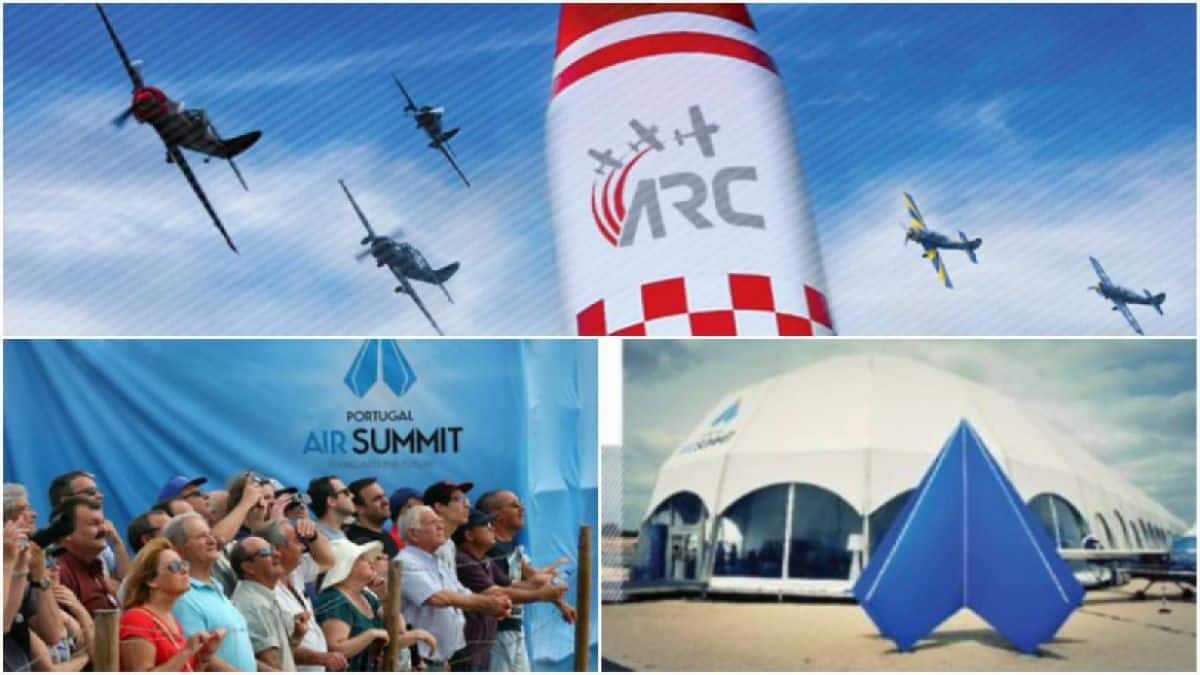 Portugal is getting ready for its biggest air how in the region—the Portugal Air Summit 2022 to be held at Ponte de Sor. The Summit builds upon the ambitious and futuristic roadmap for Portugal, building upon a new military programming law in 2019 with forecasted expenditure until 2030 at approximately $5.3 billion. The country is primarily focused in enhancing its defense capabilities to secure its maritime borders, develop its cyber warfare capabilities and reinforce its assets to better support the missions where Portugal is involved under NATO, UN or EU mandates.

Portugal has a massive mandate being the frontier of Europe. “Our area of surveillance includes the entire Atlantic Ocean which is as big as the Continent itself,” said Air Force Chief General Joao Guilherme Cartaxo Alves in an interaction with the author in Lisbon.

The Portugal Air Summit is now the largest aviation summit on the Iberian Peninsula and brings together the industry’s leading entities and personalities to discuss and analyze the potential and future of aviation, aeronautics, space, and defense. More than 650 speakers have already attended the event, debating hundreds of topics in more than 280 conferences with a cumulative audience of more than 60,000 visitors. Around 700 B2B and B2C meetings were held, and 3000 contacts were made with a business conversion rate of 10%.

In its 6th edition, Air Show will be held from October 12th to 15th, 2022. Talking about the theme of the Air Show, Rogerio Alves, Vice President, Ponte de Sor Municipality said, “Flying for a World of Opportunities” is the central theme.  “This will undoubtedly be the largest edition of the Portugal Air Summit ever,” Rogerio further remarked.

With a unique show in Portugal, the Air Show is full of adrenaline, action, light, and a lot of speed. “The skies of Ponte de Sor will be full of excitement with airplanes performing breath-taking acrobatics,” Rogerio highlights the vibrancy of the show. Besides the thrill of the air show, Ponte de Sor is famous for its culture, food and wine

He said more than 650 speakers have already attended the event, debating hundreds of topics in more than 280 conferences with a cumulative audience of more than 60,000 visitors.

Rogerio adds that it is an event that brings together the most relevant entities and personalities in the industry to debate and analyse the potential and future of aviation, aeronautics, space and defence and is a meeting point for the sector’s stakeholders.

“The Portugal Air Summit has already established itself as one of the most relevant aeronautical events in Europe. We are proud to be able to contribute for it to gain dimension also in the space sector. It is, therefore, an honor for the Portuguese Space Agency to organize the second edition of the first European rocket competition, the EuRoC, in parallel with the PAS,” said Ricardo Conde, Portuguese Space Agency President.

The aerospace and defense industry in Portugal has a small but strong industrial base in several areas including engines, air traffic infrastructures, aircraft, cabin interiors, electronics, tools and support technologies, structures, material, and production, among others. The aviation maintenance sector is also important and recognized internationally in both civil and military aircrafts.

The Aerospace, Defense and Space (AED) cluster continues to be a priority and was labeled as a “Strategic National Competitiveness Cluster” by the Portuguese Government.

“Under the current process of implementation of the national strategy for space, “Portugal Space 2030”, fields of focus are: Earth Observation, Space Safety, Space Transportation, and Telecommunications, including related downstream
activities, working towards the vision for Portugal – an Atlantic nation, with a rich and global maritime tradition – to be recognised, by 2030, as a global authority in the science and economics of Space-Earth-Climate-Oceans interactions for the benefit of society and economy,” explained Ricardo Conde, President, Portugal Space Agency.

AED Portugal cluster, created in 2016, currently has more than 80 entities which export around 87% of its production generating a turnover of more than 1.72 billion euros.

“The result has been exciting” said the AED Clusters Board President, Jose Neves. “Starting from drones to space, our entities like Tekever, Luso Space and Critical Software are breaking boundaries,” Jose further elaborates. Portuguese drone manufacturer Tekever has been awarded contract by the European Maritime Agency (EMSA) to deploy remotely piloted aircraft for maritime surveillance—a first such project awarded by EMSA. Another space entity based in Lisbon, LusoSpace which specializes in microsystems, augmented reality, highly critical & complex systems, has led many breakthroughs in the field of aerospace and aviation industry.

The national space strategy, Portugal Space 2030, sets new targets for the development of the sector. In 2019, the government created “Portugal Space” (the Portuguese Space Agency), a private, non-profit organization to promote and strengthen Space in Portugal, its ecosystem and value chain, for the benefit of society and economy in the country and worldwide. Portugal Space acts as a business and development unit for universities, research entities and companies, as stated in the Portugal Space 2030 Strategy, approved in 2018.

LusoSpace_ Space Rider is Europe’s first reusable spaceplane planned to be launched in 2023. The experiments in its cargo, among others, include satellites inspection and Earth observation.

The U.S. has been traditionally an important supplier of aerospace and defense equipment and components, competing directly with other countries like Israel and EU countries like Italy, Austria, and Spain.  U.S. manufacturers are well-positioned to benefit from a growing market where defense imports are expected to increase over the next couple of years with the recent acquisition of the KC-390 from Embraer and other planned strategic acquisitions.