NASA‘s mission is to take a new generation of astronauts to the Moon again as early as 2025. The American Space Agency plan was to launch the mission this Monday, August 29 but has been delayed due to a fuel leak detected in a tank of the spacecraft.

A new date was already set for the next attempt on September 2 or 5, in case of technical problems with the vehicle.

The first phase of the Artemis mission (Artemis I) lasts about a month and a half and the Orion spacecraft will fly around the Moon, after separating from the Space Launch System rocket, for a few weeks before returning to Earth and diving into the Pacific Ocean.

Before the much-desired lunar landing, NASA will also carry out the Artemis II mission, planned for May 2024, which aims to send a crew around the Moon and back to Earth, just like the Apollo 10 mission in May 1969.

And finally, the Artemis III mission should accomplish another historic milestone with the return of a human being to the Moon. 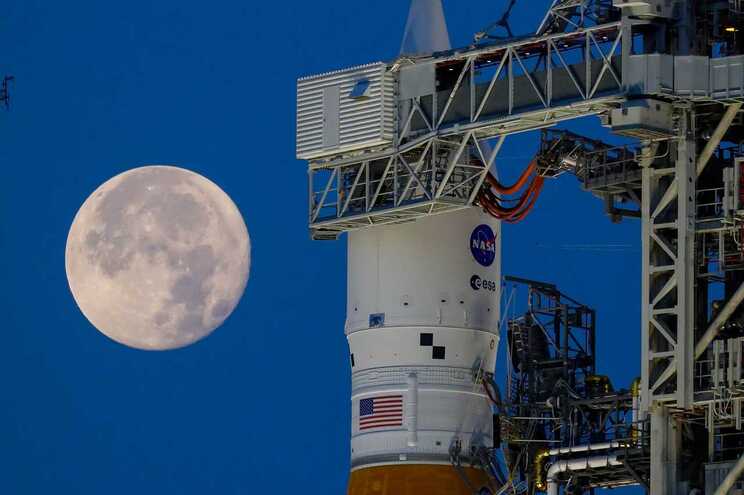 Importance of the Artemis mission

With the Artemis mission, NASA hopes to achieve a lasting human and robotic presence on the Moon. Its main goal is to create new life support and transportation systems that will allow longer-duration missions, as well as the creation of an orbital outpost (Gateway).

As for the lunar surface, NASA plans to install a habitable zone in the future with a pressurised and non-pressurised surface habitat that will establish the first base on the lunar frontier for extended expeditions, a base where astronauts will carry out scientific experiments and create new technologies (Artemis Base Camp).

Together, Gateway and Artemis Base Camp will support mission simulations while preparing for the next step, which is to send astronauts to Mars.

It was 50 years ago that man first set foot on lunar soil. Now, in 2022, a new cycle is expected to open towards Mars with the Artemis mission.